“There is literally a piece of my DNA that is missing, so there’s no cure.

“Kylee Black has a connective tissue disorder called Ehlers-Danlos Syndrome which is terminal, yet, she is opposed to the End of Life Choice Bill.

Her joints dislocated often with the medical condition affecting her joints, ligaments, tendons, skin, blood vessels and internal organs.Because her joints don’t work as they should, Black relies heavily on other people to help her maintain a fulfilling life.

Along with regular human assistance, she relies on a number of medications and has received many surgeries to keep her body functioning.

The 32-year-old is opposed to the End of Life Choice Bill because she feels people like herself would be pressured to consider assisted dying.

“I have difficult days and those days I don’t need to be confronted with easily accessible death,” she said.

“I have multiple specialists and go to hospital many times a year. I know my care costs a lot of money. But I also know I contribute to society.

“Black has revealed all in a mini-documentary created by the movement called #DefendNZ which opposes the End of Life Choice Bill.
https://www.nzherald.co.nz/index.cfm?objectid=12216909&ref=twitter NewsHub 10 March 2019
Family First Comment: DefendNZ is a series of documentaries featuring people with a terminal illness or disability.
The campaign includes the voices of community leaders, like Former Associate Health Minister Dame Tariana Turia. “No one ever said to me ‘I want to be assisted to die’, they want to be assisted to live.” https://www.defendnz.co.nz/
#rejectassistedsuicide
www.protect.org.nz

Dame Tariana Turia has added her voice to those opposing euthanasia in a campaign launched on Sunday.

It comes ahead of a second vote on David Seymour’s End of Life Choice Bill.

“There is literally a piece of my DNA missing, so there is no cure,” she said.

She features in a campaign called ‘Defend New Zealand’, which raises the concerns of those with terminal illnesses and disabilities about the pressure euthanasia may put on them.

“All of a sudden I feel like well, maybe, I have to make that decision.”

Voices for and against euthanasia have already been heard in a record 37,000 submissions made to Parliament on the End of Life Bill.
READ MORE: https://www.newshub.co.nz/home/politics/2019/03/dame-tariana-turia-joins-campaign-against-david-seymours-euthanasia-bill.html 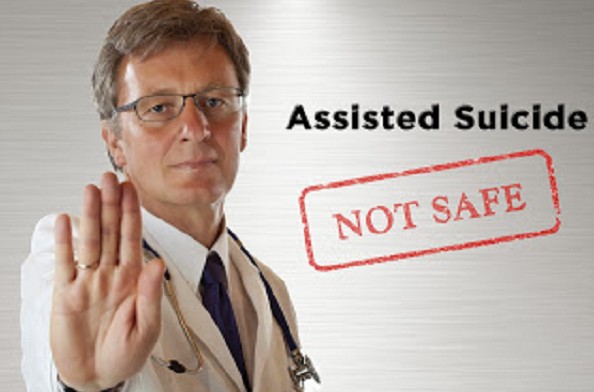 What’s happened in Oregon since euthanasia was introduced?

The 2018 Oregon annual assisted suicide report is similar to prior years. The report implies that the deaths were voluntary (self-administered), but the information in the report does not address that subject.

According to the 2018 Oregon assisted suicide report.

There may be more assisted suicide deaths.

When the ingestion status is unknown, it is possible that the person died by assisted suicide. Some or all of these deaths may represent unreported assisted deaths.
Oregon politicians debating expanding the eligibility criteria in the Oregon assisted suicide act.

Recently the Oregon suicide lobby stated that they intend to expand the definitions in the assisted suicide law.

Oregon House Bill HB 2232 proposes to change the definition of terminal from a six month prognosis to:

a disease that will, within reasonable medical judgment, produce or substantially contribute to a patient’s death.

Many people who are not “terminally” ill have a disease that will, within reasonable medical judgement, produce or substantially contribute to death. When considering the OHA inclusion of refusing medical treatment, this new definition enables wide-open assisted suicide.

By waving the 15 day waiting period, a person can be approved for assisted suicide and die the next day.
Oregon Health authority has an expanded definition of terminal.

In December 2017, Fabian Stahle, a Swedish researcher who is concerned about assisted suicide, communicated by email with a representative of the Oregon Health Authority.

Stahle confirmed that the definition of terminal illness, used by the Oregon Health Authority includes people who may become terminally ill if they refuse effective medical treatment.

The responses to Stahle from the Oregon Health Authority also confirmed that there is no effective oversight of the Oregon assisted suicide law.

The yearly Oregon DWD reports are based on data from the physicians who prescribe and carry-out the assisted suicide death and the data is not independently verified. Therefore, we don’t know if the information from these reports is accurate or if abuse of the law occurs.
https://alexschadenberg.blogspot.com/2019/03/oregon-2018-assisted-suicide-report.html?utm_source=Euthanasia+Prevention+Coalition+Contacts&utm_campaign=c16a1cb9ca-EMAIL_CAMPAIGN_2019_03_04_07_06_COPY_02&utm_medium=email&utm_term=0_105a5cdd2d-c16a1cb9ca-157142057